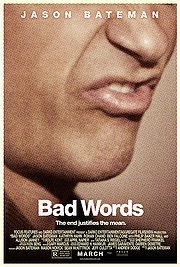 What an amazing directorial debut for Bateman, who has shown that he is a force to be reckoned with in this industry. Although it leaves you wanting a little more redeeming value from the third act, the story as a whole definitely takes quite a few unexpected, and at times hilarious turns. The acting is tremendous, especially from youngster Rohan Chand. Yeah, I guess I can see the similarities to Bad Santa, except for there being actual motives for Guy Trilby in this film as opposed to the unexplained poor judgement of Willie Stokes in Santa. And although not AS perfect of a film, it is just different enough to still be enjoyed for its own reasons. It will offend many, but those who find intrigue in character analysis or pure vulgarity will enjoy this thoroughly.