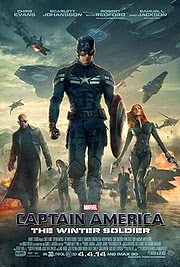 This is definitely a tipping point film in the Marvel Universe. Everything is kindof happening and culminating in one film. There are a lot more plot twists than usual (besides maybe Iron Man 3), which makes for a really fun ride. While having a really cool concept of the whole big brother thing and even dating it back to the ’40s, this new installment is probably the most relatable of the bunch. And as a much darker, more character driven piece, we finally begin to tap into the secret life of Nick Fury himself–although still only slightly. Operating more as a thriller that the typical Marvel film, Captain America The Winter Soldier definitely stands out among the rest. An awesome blockbuster that doesn’t really do a whole lot wrong.