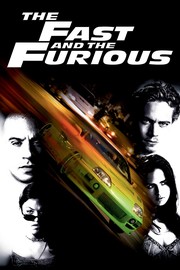 This movie gets better with age and it grows on you the more you watch it. It’s also a case of the follow ups making you appreciate the early films even more. The dialogue is corny but laughable, and the storyline is very good.

There is a surprising amount of depth with the leads. The series–and this film in particular–is about Brian (Paul Walker) and Dom’s (Vin Diesel) growing relationship. It won’t be the same without Walker because he and Diesel’s chemistry is what made these films so charming when we first started watching them.

The director, Rob Cohen, is not very good at bringing the best performances out of his actors, but does an excellent job directing the action and racing scenes. The cuts might be a little jarring, but it makes even the slower parts of the story more engaging.

The action is distributed perfectly among the film and you never go too long without a good adrenaline rush.

This movie isn’t great to everyone at first, but watch it again after you’ve finished the rest of the series and you’ll see that it’s a fun watch.