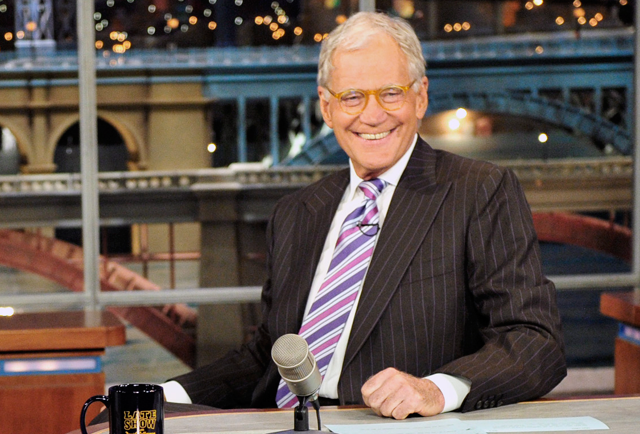 After watching David Letterman’s last show after 33 years on late night television, a lot of thoughts have been running through my head. I couldn’t help shedding a few tears as I watched my comedic hero take his final bow. What he has meant to me throughout my lifetime goes far beyond words or even laughter.

You see, ever since I was about 5 years old I can remember watching Dave on TV. My parents would share with me certain funny clips that they had recorded. As I grew a little older I would, on many occasions, pretend to be asleep while listening to Dave’s monologue in the other room (sorry Mom and Dad). I looked forward to Fridays because that meant I could stay up and watch Letterman. Although not getting all of the jokes yet, his goofy cadence and quirky mannerisms transcended age and understanding. Once my parents realized that I was old enough to appreciate all of the humor, I would convince them to tape the shows many nights so I could watch them the next day.

Dave provided me with countless hours of bonding with my parents and my friends. He gave me comfort during times when I felt alone. When I moved to LA, watching his show made it a little easier to cope with living far away. And because I grew up with him, it made my distant location feel a little bit more like home.

In May of 1996, my dad and I were in San Francisco and I was seeing signs all over the city advertising the Late Show coming to the Bay Area to do a few episodes. Being a young fan of Letterman, I asked my dad if we could go to a show to see Dave. My dad informed me that you had to be at least 18 years old to be in the audience of a show. I then told him that when I turned 18 that I wanted to go see Letterman in person.

As I grew up, I never forgot my wish. And while I was getting older, my appreciation for Dave was increasing as well. Living in California my whole life, I assumed that it might be a ridiculous goal, but my parents never thought so. They arranged, months ahead of time, for all of us to fly to New York and see Letterman on the EXACT day of my birthday–June 25, 2007. It was magical! A memory that I will forever cherish.

Do you ever watch something and feel like it was made specifically for you? That was Letterman. Someone had made a show just for me. It was silly and smart at the same time. It was perfect. While the kids in my class were watching Friends or Sabrina the Teenage Witch or whatever–I was watching Dave. It was like my own personal show that I didn’t want anyone else to know about–like I was part of a secret club.

It’s rare for a TV personality to span throughout several generations and eras such as Dave has. And Dave’s retirement signifies the end of an era. Gone is television’s yesteryear–where a simple mug to the camera can make it worth while for the audience at home. Where entertainment was just that. It didn’t have to be taboo or dirty to enjoy it.

Other than my father and my grandfather, Dave is my biggest comedic influence. Before making a joke, I often ask myself how he would phrase it. He’s the king of late night and, to me, the king of comedy.

My whole life I have dreamed of becoming famous and thought of what it would be like the first time I walked across that stage and sat in that chair–what Dave and I would talk about, what stories I would tell, what questions he would ask me. Obviously that will never happen, but if I do ever make it big, being on his show will always be one thing that I will have missed in my career.

Counting down the days to Dave’s final show wasn’t easy, and neither will not having him around anymore. But I guess I couldn’t expect him to be there forever–I just convinced myself that it couldn’t happen.

At times, I must say, that I may have taken the show for granted. Some nights it would be on in the background while I did other things and I would be halfway paying attention. But it was a comfort knowing that he was always there–a fixture in my life. Sadly that fixture has now been removed, but its impact has not. I will forever be grateful for what it’s meant to me in my life.

God bless you, Dave, and have a fantastic retirement!

Thank you for the memories.