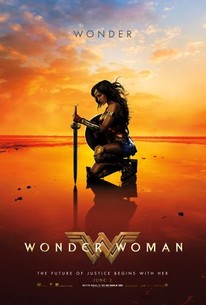 If we got anything good out of Batman v Superman, it was the elusive references to the mysterious Wonder Woman. In fact, the film became even worse for not tapping into that story more.

But here we have it. A little over a year later. The Wonder Woman movie. Despite our better judgement, we all went into it assuming it would be good. We aren’t sure why, since the last couple of DC films have done nothing but disappoint. But it was those elusions in the previous movie that kept us hopeful. And pretty confident in that hope, might I add.

For the first 45 minutes of this movie I thought we might be wrong again. We get a very long and drawn out setup, full of hints to plot devices that must be kept ambiguous only to not give away the twists later on. Diana (Gal Gadot), aka Wonder Woman, is shown growing up on a hidden island amongst other Amazon women. She is trained to fight, although she’s never quite sure what for. It’s a necessary part to the story, but it’s also a bit boring.

Then a mysterious American man, Steve (Chris Pine), crashes his plane near their shore and the film starts to pick up the pace a lot. Diana saves him and discovers that he’s been spying on the Germans amidst World War I–which none of the women on this island know anything about.

Steve needs Diana’s help to get back to London, and Diana needs Steve’s help to defeat Ares, the god of war. The fish-out-of-water device–first with Steve on the island, then with Diana in London–is used perfectly in both scenarios. Bringing the much needed levity that was lacking in the other DC films.

Yes, it’s refreshing seeing a strong female hero in movies for once. Even if the messages are a little too on-the-nose a couple times–but luckily it refrains from sounding like a broken record. And it never quite happens enough to alienate men and pinpoint them as the enemy. In fact, in moments it says quite the opposite. Remember, the Amazon women in the film disrespect men on their island just as much as London society disrespects women. It shows both scenarios.

It’s a little odd though. The filmmakers choose to show gender inequality in the 1910s in order to call attention to ideals about the state of our current society. I’m just glad they didn’t sacrifice story for the sake of proving a point. I’m also glad they didn’t choose to set the film in modern times.

Gadot and Pine have good chemistry. Gadot shows that she can do just fine in a leading role. And Pine proves once again how underrated of a comedic actor he is. Both stars are crucial to the film, but without Pine the film would have no personality. Just like every other DC film. I’m happy to say that this one’s different.