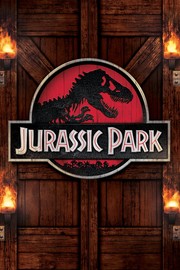 1993’s Jurassic Park was groundbreaking on so many levels. It features special effects that, 22 years later, have me saying, “Wow! That’s incredible!” At that time, filmmaking was really reaching a pinnacle in realistic effects. Animatronics and puppetry are way more believalbe than strictly computer generated imagery. And since Hollywood went in the direction of CGI rather than the former, many films have lost their authenticity. There’s a reason why the original Star Wars trilogy has fans’ hearts more than the prequel trilogy–the movies feel more real. It creates a world more believable.

And with the unprecedented effects going into this movie, we really do see the height of that technology used onscreen. The genuineness exceeds that of most current sci-fi action films.

Steven Spielberg and his team create a world so realistic that we forget it doesn’t exist. This is a pure adventure film and a real rush. It’s anything but cliche, and the characters don’t make annoying decisions trying to survive the dinosaurs.

The only thing that may be missing from this film is really solid character development. We get interesting scenarios that question certain characters’ morals. But the written-in subplots in order to show depth, for the most part, feel like they’re just written-in.

But we have a film that we can’t really complain about. We’ll sacrifice a little depth for a story and script that are so gripping that the film doesn’t feel the least bit dated over 2 decades later. Now THAT is incredible!