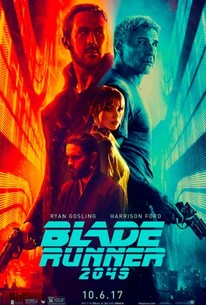 On the surface, Blade Runner 2049 appears to be yet another action blockbuster. But for those who are familiar with the first movie, you know this is a wrong.

The original 1982 film takes place in 2019 Los Angeles, starring Harrison Ford as a blade runner–a cop who is in charge of tracking down and killing bioengineered beings known as “replicants”. The replicants look and act exactly like humans and were sent to an off-world colony to become slaves. But a small group of them have violently come back to Earth to kill their creators.

Although deep, the first film wasn’t my cup of tea. It’s slow, boring, and had no relatable characters.

The sequel is still set in the same dystopian universe, but 30 years later. For the fans’ sake, it’s very much in the same vein as its predecessor. It’s just as slow, and much longer. But here, it’s much more tolerable. In fact, it’s extremely entertaining, which goes to show that maybe it isn’t even the pacing of the original that makes it so boring.

Taking place in 2049, the replicants have now mostly become integrated into society as servants and slaves. Ryan Gosling is a replicant who works for the police as a blade runner. After discovering the remains of a replicant who had died in childbirth, he is tasked with finding the surviving child and killing it, along with destroying all evidence of its existence. Since replicants are not supposed to be pregnant, this is an anomaly.

Blade Runner 2049 is dark, but somehow manages to be fun. There isn’t a lot of humor, but both Gosling and Ford are experts at keeping things dryly comical so that it doesn’t seem jarringly out of place.

Unlike its predecessor, this one is actually driven by a plot. And it’s able to perform its magic within those standards. The script and dialogue are just as thought-provoking as the original–if not more. While the film is very much about hope, identity, and being, some of the most interesting commentary is regarding Gosling’s relationship with his artificial intelligence girlfriend, who is made by the same corporation that makes the replicants. She is an AI being who believes that she is much more than that–so she is. Much like Gosling’s journey throughout the film. She understands what’s happening and sort of guides him through the experience.

Akin to emphasizing with Tom Hanks’ relationship with a volleyball in Castaway, we’re able to understand how Gosling loves this “girl” so much. The study of their relationship and the fact that the film wisely decides not to declare its opinion about it is what separates this one from the original. The first one hardly makes us feel, even when it tries to–except perhaps during the famous rooftop scene towards the very end. But this one has emotion while making us analyze how and why it could be. Or if it’s even real.

1982’s Blade Runner lacks a human factor because it tries to juxtapose a human void of emotion with robots in order to show how bleak society has become. In fact, the film’s most intriguing character, Roy Batty, has minimal screen time. While this new film is actually led by a robot who has a lot of heart. We empathize with him and the point is to show how deep he is. The former arguably prevents us from fully enjoying the film, while the latter fixes this issue.

What we have here is a near perfect film. You just know it when you see it. You can hardly pin something wrong on it if you tried. Even then, it would simply come down to personal taste. Because technically, this film is about a good as you can get. Much like Mad Max Fury Road a couple years ago, Blade Runner 2049 hits all the marks. It may beg for your attention, because this is no Marvel film. It’s not for the masses, yet somehow, it tries speaking to them the most.